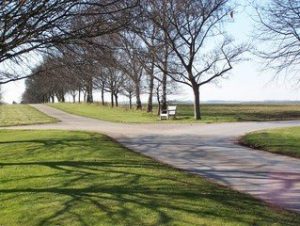 Forgive me, but it’s been 2 years since my last upgrade …

So, this week I ventured into the Vodafone shop in Reading (other mobile networks and towns are available) and presented myself to a very pleasant young man (the same age or younger than my youngest son) and said, ‘I’d like to renegotiate my package and investigate getting a new handset please.’

‘OK,’ he said, beckoning me towards something that looked like the type of cocktail tables you get at corporate drinks’ parties and motioned for me to sit on one of the stools next to it. He tapped his password into the keyboard on it and peered at the screen in front of us.

Well, this is when I first realised I was at a crossroads. I could not get on the chair: a) it was too high, b) it was too slippery and c) I had suddenly become a lady older than my years.

‘How do you get on these things?’ I asked.

‘Here,’ he said, lowering it to what must be the chair’s old-lady-level and I clambered uneasily on, the seat twisting under me and my feet dangling just above the crossbar where I suppose customers’ feet are supposed to rest. Additionally, I was now more than the requisite number of inches from my handbag which was far below me on the floor.

However, a few moments later and triumphant from having passed the security tests, I was offered all sorts of wonderful deals which, still feeling too precarious on the chair and too far away from my handbag, I declined. Nevertheless, we went through my account and I checked the details. All was well. It was, the young man said, a good deal and so we decided to keep it as it was. Now came the question of handsets and he asked me to follow him to the display.

Gratefully I slipped off the chair, picked up my handbag and followed him. He kindly let me hold two phones with model numbers including a lot of initials, numbers and the word Mini in them.

‘I fear,’ I said, ‘I would find it just as difficult to use the keypad on these as I do on my current phone.’

The young man raised one eyebrow and said, ‘I see, but with these handsets you can …’ and he listed all the wondrous things they could do.

And it does. Whilst having a difficult relationship at times, it and I have got to know one another quite well by now. I have, borrowing words from Professor Higgins, grown accustomed to its face.

So I paused and reflected. I was at a crossroads for sure now. I should bit the bullet and take the new handset; I should spend hours customising it, transferring my calendar across (although all my contacts transfer across, my diary wouldn’t apparently), picking it up from the other side of the room where I’ve thrown it in frustration because I can’t understand how it works and then eventually realising that I can’t do without all the wondrous things it can do. A new phone will a) transform my life, b) halt the march of time and c) stop me from becoming a woman who will require chairs to be put at old-lady-level for her.

My old phone with its existing deal and I then travelled home where I ordered a nice shiny silver case for the handset and cleaned its screen with a duster.

I will, however, venture towards the crossroads again in the near future. This I have promised myself. Next time I’m in town, I will try again. I really will …