Our guests are Peter Robinson & Friends: 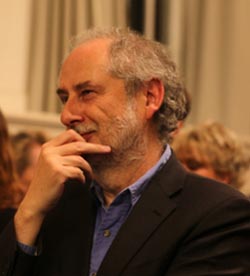 Peter Robinson has published prose poems, aphorisms, short stories, a novel, literary criticism, a collection of his interviews, and many books of poetry and translations for which he has received the Cheltenham Prize, the John Florio Prize and two Poetry Book Society Recommendations. His Collected Poems 1976-2016 is published by Shearsman Books in February 2017. He is Professor of English and American Literature at the University of Reading, and Poetry Editor for Two Rivers Press who have have recently published Bonjour Mr Inshaw, an illustrated celebration of the painter. 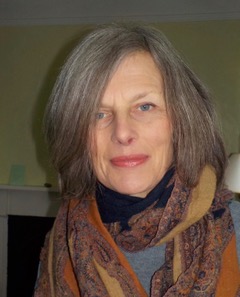 Sue Leigh’s collection of poems, Chosen Hill was published in 2018 by Two Rivers Press.  She has won the BBC Proms Poetry Competition and Carol Ann Duffy’s Shore to Shore competition and her work has been published widely in magazines and journals including Areté, Oxford Magazine, The Spectator and the TLS.  Living in rural Oxfordshire, she reviews regularly for PN Review and teaches at Rewley House, Oxford University’s Department for Continuing Education. 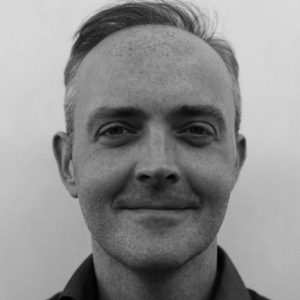 James Peake has worked in trade publishing for several years, predominantly for Penguin Random House and Pan Macmillan, as well as Hachette. His debut collection, Reaction Time of Glass, was published by Two Rivers Press in 2019. He lives in London with his wife and son. 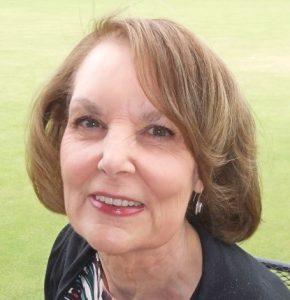 Susan Utting’s poetry has been widely published and won many prizes, including The Times Best Love Poem 2010.  Her work was recorded for Poetry International at London’s South Bank Centre, and broadcast along with other international poets’ work at the Royal Festival Hall. She performs together with Claire Dyer and Lesley Saunders as “High Wire Act”, who wowed Poetry in Aldeburgh Festival in November last year with their latest performance of Lolita Paints Her Toenails. Susan’s most  recent collection from Two Rivers Press is Half the Human Race: New & Selected Poems, which includes poems from three previous collections. In his review, Philip Gross states ‘Utting unashamedly loves language, and it seems to love her back’.

Your host for the evening will be: 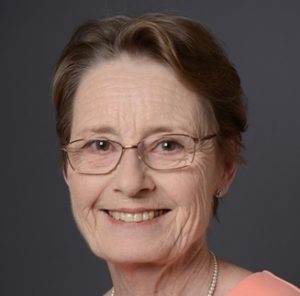 A P Hill has just finished with the NHS, having been working in or alongside it for 53 years. She has been (among other roles) a GP, a researcher, a teacher, a civil servant, a policy wonk, an executive and a coach. Just over ten years ago, facing the ending of her career in redundancy, she began creative writing, to take her mind off work, and joined a theatre, where she learnt to act. One of her stepsons gave her a book about writing poetry and the following year she went on her first poetry writing course. She began submitting her work for publication in 2014. In 2017 she had a play put on at Progress theatre, was shortlisted on the Oxford International Poetry Competition, and had a poem published in South magazine. In 2018 she was shortlisted in the MsLexia/PBS women’s poetry competition. All her life she has bumped up against namesakes working in the same field. This has led to some intriguing situations, and although at times she still does not know who she is, at least she knows who she isn’t.

Photographs of the event may be taken for use on social media.

If you are interested in joining our Stanza, please let me know. More details can be found here.

Poets’ Cafe is thrilled to be based in the same town as Two Rivers Press:

Become a friend of Two Rivers Press – Two Rivers Press has been publishing beautifully-designed books, and celebrating the poetry, art and culture of Reading for 25 years. They would love you to support their continuing endeavours by becoming a Friend of the Press. For a one-off payment of £30 you will get a generous 20% discount on the books and an irregular newsletter to keep you up to date with what’s new and exciting, together with the warm glow that comes with knowing that you are supporting local creative industry of course! More information at https://tworiverspress.com/friends-of-two-rivers-press/